My recording setup has evolved through many stages over the years. But when it comes to recording soprano sax, it has come down to putting my best mic in front of the instrument, about a 8 or 9 inches away, positioned at the height level of the right hand.

If you move a mic (or your ear) in front of a soprano, going from top to bottom, you’ll find that the sound coming out of the holes near the top is a bit weak, and then blooms when you get down to the lower part near the right hand. It’s the sound that is most prevalent and natural when listening to the soprano sax being played in a nice room, from 10 feet away.

Kenny G Pops Out Of Your Bell

If you mic the bell of a soprano sax, you get Kenny G. No, he doesn’t suddenly appear curly headed in the room, rather, you get the soprano tone that Kenny G gets. It’s that characteristic pinched, nasal, (to me, irritating) soprano sound. You would never hear that sound in a room with an un-miked acoustic soprano sax, no matter what mouthpiece the player was using. It’s an unnatural sound, that only comes from miking the bell. So if you like that sound (why?), now you know how to get it!

Recently, while working on recording my soprano part for one of my new songs, I tried putting up two mics. One in my favorite spot in front of the right hand, and one pointed into the bell. I recorded each mic on a separate track, and time-aligned the two tracks. (That means I used a special software plug-in in my digital audio workstation that analyzes and compensates for the time difference between what both mics are hearing, and brings them together in time. They’re already close, but maybe 40 milliseconds apart. Bringing them together eliminates any kinds of phasing problems that would otherwise create a subtle hole in the sound. This is probably not necessary, but I enjoy things that are complicated.)

So once I had the two tracks recorded and synchronized, I experimented by mixing the two. Beginning with both mics at equal volume, I slowly lowered the sound of the bell mic until I liked the mix of the two. The bell mic was mixed in at about 30%. And when I took it out of the mix entirely, I couldn’t tell the difference. In other words, I liked the sound best with none of the bell mic.

Bottom line, I proved to myself that I just like the one mic in front of the horn. This makes things pretty simple, which is a little disappointing, since I enjoy things that are complicated, but still, it’s easier this way. 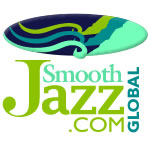